In Italy he performed for
at the piccolo teatro in milan were great singers of the opera performed
including Luciano Pavarotti and Plaacido Domingo. Intresting enough he is known as the "Jewish Pavarotti"Due to the resemblance in timber of voice and vocal range.

Cantor Gottesman performs at Jewish wedings Cantorial concerts and Jewish simchas all over the world and would be happy to perform at your special occasion. 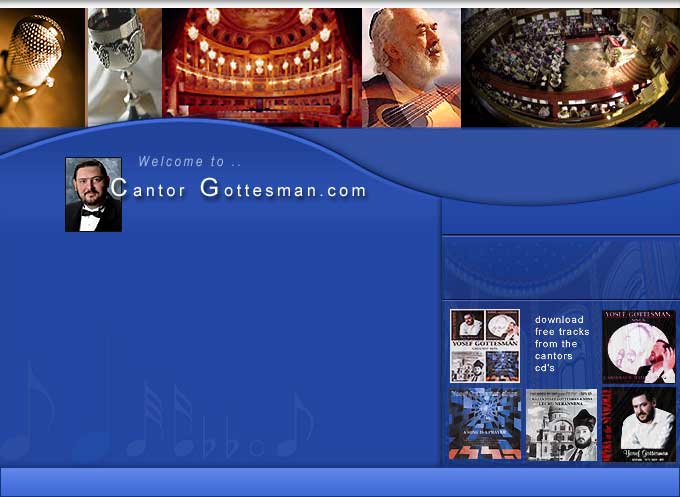